And so to the Huracán Evo, a fighter jet on wheels whose demonic V10 almost fires it back onto the finish straight before the aural onslaught delivered at the far side of the circuit has even washed over the pit complex. What a character, but modern Lamborghini represents something of a conundrum for the car enthusiast and it’s a conundrum encapsulated by the Evo.

The 5.2-litre naturally aspirated engine and dual-clutch gearbox are a match made in heaven, no question. In fact, this powertrain is by far the best we have here, and arguably the best on sale. However, while four-wheel steering and torque vectoring have given the revised Huracán the sort of agility even the Gallardo could only dream of, unlike in the Carrera S these technologies muddy the waters of communication between chassis and driver. Moreover, at what are admittedly stratospheric limits, the chassis still wants to understeer. And worse still, there’s very little the driver can do about it other than back off and let some neutrality waft back in. Overly firm ride aside, the Lamborghini can come across as a fabulous road car, but on track it is further stymied by over-servoed brakes, nervous steering and the least transparent, malleable chassis here – all of which could be remedied, one feels, without incurring major R&D expense, because the consensus is that the underlying hardware is extremely capable. As it is, Disdale reads my mind when he wonders how a manufacturer that gave us the Performante could suddenly take such a backwards step. Were it not for the more forgiveable flaws of the Bowler, the Lamborghini would have finished stone-cold last. 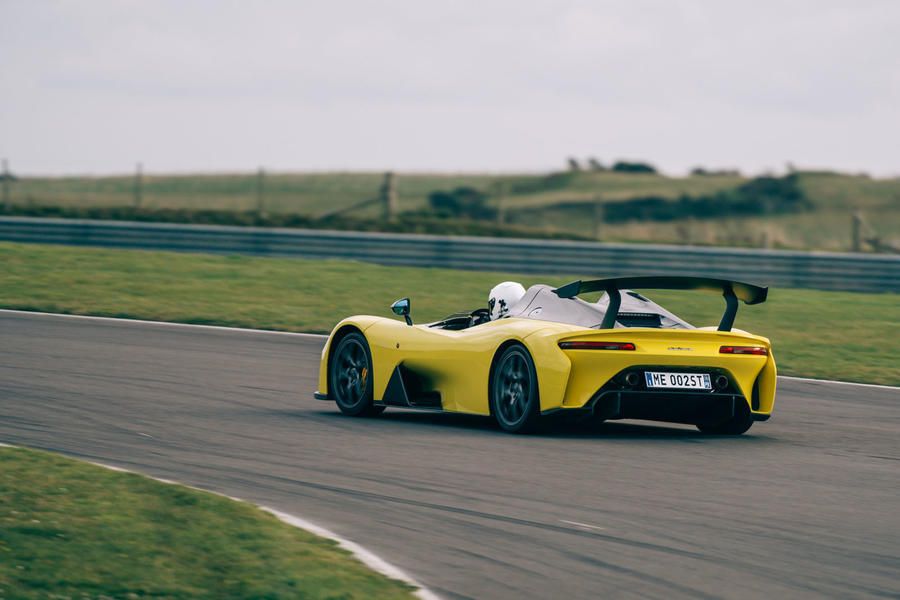 Conversely, it’s difficult to imagine a manufacturer taking a more decisive step forwards than delivering its first road car in almost half a century of existence. The Dallara Stradale is a carbonfibre-monocoque, carbonfibre-body, double-wishbone track-day titan built in the mould of an old prototype racer, only bleeding edge in its execution. It is deeply uncompromising and fiendishly expensive but, for a very small community, its emergence will be a very big deal.

And, as Frankel observes, it will do things on track the others simply cannot, summoning unshakeable composure through fast corners like Church thanks to the exquisitely accurate, feelsome steering and palpable aerodynamic downforce. Nevertheless, talk of an overall win is short-lived. On the road, it fails to get under the skin of most judges, the brakes again feeling over-servoed and the robotised manual gearbox stilting progress.

“Very special on track when it’s really working,” says Saunders. “It becomes drivable and balanced, and tactile and forgiving and so quick, which it isn’t on the road.” Were this contest based solely on track, the Dallara would earn a guaranteed podium. As it is, it finishes sixth, leaving its mark by way of easily the quickest lap time and a driving experience few will ever forget.